First off, I first want to set the record straight. This is not a sponsored post. I have bought this product with my own money and have been using it for about six months. In fact, the company does not even know I am posting this. I may let them know after the fact.

This is a story about Millie, her ear trouble and how it has cleared up at least 95%. I feel that The Honest Kitchen food has helped in this. I don't have any scientific backup or statistics. I only have my personal observation and experience to go on.

I realize there are probably other great foods out there that would have the same results, but this is the one that I have chosen. 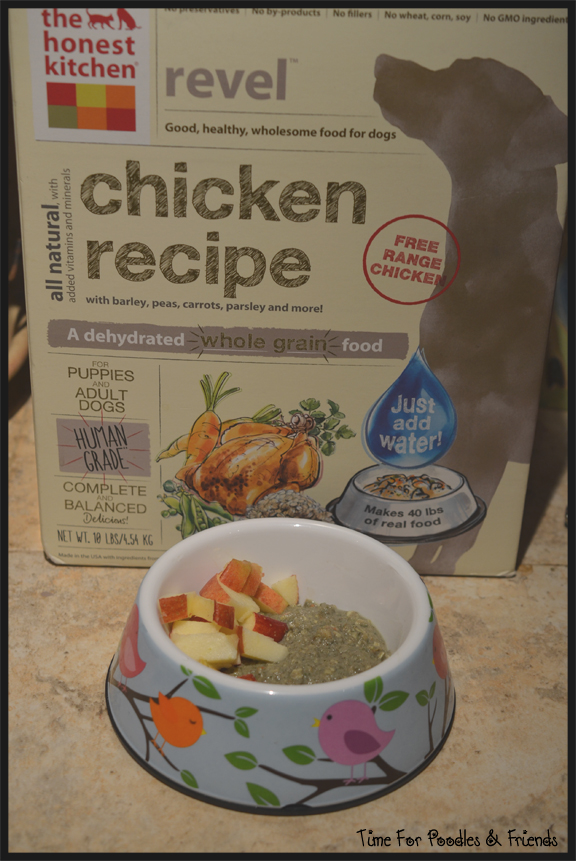 Firstly, some background on our Millie. She was my "Foster Fail". I first featured her on Tuesday's Tails back in June, 2013. Back then, her name was Daisy. The following November, I decided to foster her. A year later, I formally adopted her.

Being a senior, she came with a myriad of problems. One was loss of hearing and some of the cruddiest ears I had ever seen. We had them tested and it seemed to be a bacterial infection, so the usual round of antibiotics was prescribed. However, we would get things cleared up just to have them go bad again a few days later. I spent a lot of time cleaning her ears and that got old.

I tried all the "allergy foods" at the usual pet shops, to no avail. Then I remembered that a blogger friend mentioned The Honest Kitchen in a few of her posts. At the time she was getting a new little Poodle and that was going to be his diet.

Living in a rural area, I went to my usual source, Amazon. And that is how I get my Honest Kitchen. The first box was turkey. On the next round, the turkey went way up in price so I kept my fingers crossed and got chicken. And the results were the same; the ears stayed relative clean. 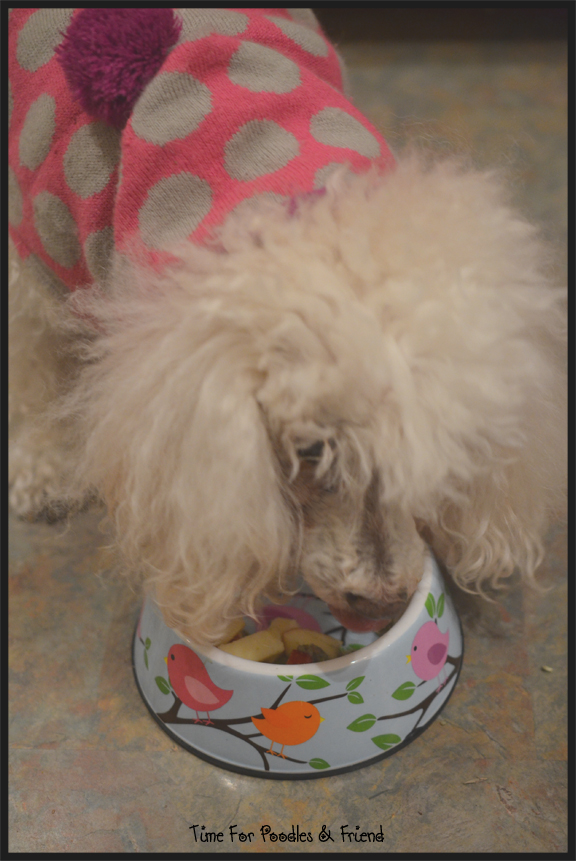 This food is not the cheapest. Usually, Millie and Sophia are the only two who get it. The other four dogs eat regular hard food and are fine. When I think about the money I was spending on meds and time spent cleaning her ears, it is well worth the investment for me.

So, in conclusion, I think as long as I use The Honest Kitchen, I won't have too much trouble with the Millie's ears. Extra treats can get us in trouble. So now, I am only giving her apples for treats.
This dog will eat any veggie or fruit I know of, so there is never a problem of finding something she likes!

Another thing The Honest Kitchen has going for it is that it doesn't take up much room. A ten pound box is equivalent to a forty pound sack. That makes storage so much easier.

Thumbs up for The Honest Kitchen, at least for Millie. I still check and clean her ears once a week just to be on the safe side.  Cleaning up her ears didn't help her hearing though. She is still pretty deaf.

That's it for this round. Take care.

It been awhile, but today we are participating in tow blog hops, Thoughtless Thursday and Barks and Bytes. Check out the other bloggers' link ups below.

And a big shout out to Rukus The Eskie, Owned By A Huskie, M.K. Clinton, Heart Like A Dog and Two Brown Dawgs for hosting these two great hops.